I’ve often had an adversarial view of institutions due to the colonial project and the real systemic racism that continues to exist. Yet if we as indigenous people do not take up space within these institutions, things may never change. So it is with honour and pride that I accept and take this space of influence up!

Below is the passage from the University of Saskatchewan website regarding the award.

Adrian Stimson
MFA’06
My favourite memory was sitting in my studio looking out my frost-laden window on the coldest day recorded in Saskatoon—I think -60 with wind chill. This was the moment “Buffalo Boy” was born.

-Adrian Stimson
Adrian Stimson is an interdisciplinary artist, educator and curator whose celebrated work has had a significant impact on the visual arts in Canada and beyond.

A member of the Siksika (Blackfoot) Nation in southern Alberta, Stimson obtained a Bachelor of Fine Arts from the Alberta College of Art and Design and a Master of Fine Arts from USask. His artwork in various media is exhibited nationally and internationally.

Stimson’s performance art looks at identity construction—specifically the hybridization of the Indian, the cowboy, the shaman and Two-Spirit being. Buffalo Boy and The Shaman Exterminator are two of his reoccurring personas.

Stimson’s paintings are varied, but he is well-known for his black and white works depicting bison in imagined landscapes. The images are melancholic, memorializing and sometimes whimsical, evoking ideas of cultural fragility, resilience and nostalgia. Two of Stimson’s paintings were recently acquired by the British Museum for its North American Indigenous collection.

Stimson’s installation work primarily examines the residential school experience; he attended three residential schools in his life. He has used the material culture from Old Sun Residential School on the Siksika Nation to create works that speak to genocide, loss and resilience.

As a participant in the Canadian Forces Artists Program, Stimson was sent to Afghanistan in 2010. Two exhibitions resulting from that trip later toured across Canada.

In 2018, Stimson was presented with a Governor General’s Award in Visual and Media Arts. He was also the recipient of the REVEAL Indigenous Arts Award from the Hnatyshyn Foundation in 2017, the Blackfoot Visual Arts Award in 2009, the Alberta Centennial Medal in 2005 and the Queen Elizabeth II Golden Jubilee Medal in 2003.

My MFA definitely was a stepping-stone in my arts development. The critical thinking skills gained through various courses has allowed me to see, navigate and understand the often complex and diverse world of arts.

University of Saskatchewan Alumni of Influence Awardees for 2020 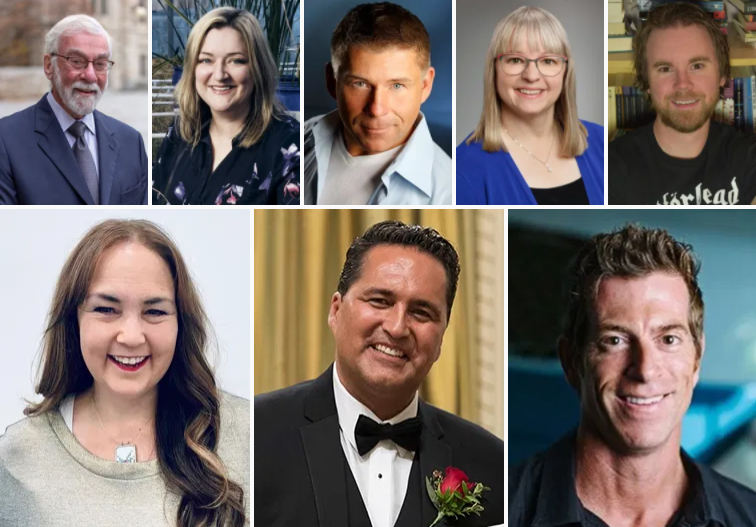